Causes that lead to the need for hip replacement surgery

Hip arthroplasty is the surgical procedure in which the hip joint is replaced by an artificial element, more commonly known as a prosthesis, which is usually made of titanium or other metal alloys. There are many types of hip arthroplasty, although total cemented arthroplasty is usually the best option when performing this surgical intervention.1 The choice when placing one type of prosthesis or another responds to the type of injury that has caused surgery, as well as the age and characteristics of the patient and the surgeon's own criteria. This type of intervention is one of the most common in trauma surgery, and it is estimated that around the world some 300,000 hip arthroplasty surgeries are performed per year.1,2 Due to this, and despite being a surgery of great complexity, the vast majority of these interventions go ahead without setbacks, the mortality rate being one of the lowest in all trauma surgery (23 deaths per 40,000 surgeries, 0.0006%), and these cases are usually due to other complications or associated pathologies that the patient may present, such as coagulation disorders, infections, malignant pathologies.
The hip is a bearing joint, and that, in addition to providing us with movement, allows us to stand upright (hip surgery). They are frequently affected by trauma (both in young people and adults) as well as by cartilage wear. They have complicated systems of ligaments, muscles and tendons that today, their injuries can be treated successfully in all patients and re-integrate them to their daily activities, with a wide option of management both by surgery (prosthesis, Arthroscopic Surgery, Fracture Repair, Physical Therapy, Cartilage Protection, Ligament Reconstruction).

This occurs over time, due to the wear of the hip cartilage, becoming a degenerative disease. In addition to age and sex, it is caused by other factors such as overload, obesity, trauma, little physical activity, among others.

As in other joints, we have a bag called a bursa, which contains synovial fluid that serves to cushion the shock between bones and tendons. But when this bursa becomes inflamed, bursitis occurs.

Although the hip and shoulder are very stable joints, which allow a large number of movements without any problem, but when a very strong blow is suffered, it can cause a shoulder or hip bill.

A dislocation is said to have occurred when the bones that are embedded in the joints slip out of place. This is also known as a dislocation.

This occurs when the bone does not receive blood, causing the death of the bone. When this happens, the bone begins to deform and lay flat, causing persistent pain leading to surgery.

This injury occurs when the lubrication between the muscles and tendons is diminished, causing them not to slide smoothly, causing friction. Resulting in deformity, inflammation and pain.

Synovitis is inflammation of the soft tissues, causing lameness and limited mobility. This is associated with trauma or genetic predispositions.

It is the degeneration and inflammation of the muscles located in the gluteus medius or lesser, this is a very frequent injury among athletes who participate in impact sports.

This condition is characterized by chronic pain located in the lateral part of the hip, which is increased when walking, sitting on the side or climbing stairs. 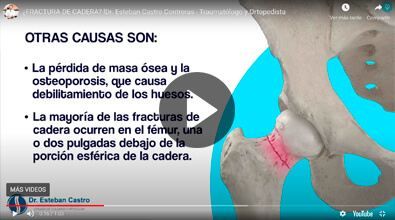 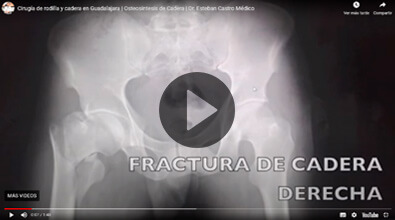